Before MJ was born, her room used to be our guest room and I used that closet for all of my clothes because I was a nice wife and gave my husband our master closet. I quickly realized as my due date with MJ was closing in that the closet would eventually need to become “ours” and not just mine. Last week I finally tackled it and ordered or picked up everything I needed to complete the new setup. I’ve always been one to organize since as long as as I can remember. Once I had MJ though, for the last year it quickly went out of the window because all I cared about was soaking in every smile, snuggle, feeding and anything I could. Obviously, I still do that but now that she is almost 14 months old – she loves independent play time and takes much better naps so I have time to do a little more around the house, especially with the fact that I’m still furloughed from work. Since this closet was all mine before MJ got here it was filled with clothes and just used as storage for I don’t even know what, then add in MJ’s things and it quickly went downhill! I literally had it stuffed from wall to wall plus all over the floor – if you tried to slide the doors open, either you couldn’t or stuff would just come sliding out. It was awful and I needed to stop putting it off.

I started working on the closet the week before last just going through all of my old clothes. I had so many clothes that I’ve had for years and just needed to part ways with them and stop hanging on to them for no reason. I completely forgot to take a picture of the before, probably because I could barely open the doors! This picture is halfway through the reorganization the day I finished it last week. It took me most of the Sunday I worked on it and thank goodness for Shipt delivery!! I placed an order in the early afternoon for a few of the bins I still needed for the storage unit and closet shelves, along with some containers to store my maternity clothes and Maddy’s previous size clothes.

Anyway, down to what I did to organize the closet! Once I figured out the clothes I was keeping, which I went down from a whole top shelf full of bins plus wall to wall clothes that were hung up, I narrowed it down to a half rack of clothes, two bins and a small stack a sweaters on the top shelf! Now, this doesn’t take into count my office closet or the hanging rack in there HAHA! I’m a girl after all that loves her clothes (even in a pandemic with not many places to go). I was going to get another pole and mount it but I realized I still need to use the floor and stack a couple things, along with wanting to get a cubicle for storage in her closet I wouldn’t be able to hang much above it, so I found another solution. I found a rod on Amazon that hangs from the existing rod and extends or expands to whatever length you might need. It worked out so well and was so inexpensive and easy. It allowed me to use the cubicle, hang some of her sweaters/jackets and even put things on the top of the cubicle.

I also realized shopping my own home, even her own bedroom would be a huge help to organize things. One thing I love to give for any bridal or baby shower, honestly even a birthday is some sort of pretty box or basket to be used not only hold the gift I’m giving but also pretty enough to use in the home later on. Two of the three boxes on her top shelf were gifted, one I bought randomly before I was even pregnant, along with a matching larger size that is on the floor to the right and I store her blankets in it. The basket that is under her blankets was also another basket with gifts that holds all the cards I got from MJ’s baby shower and she loves to go in it and open them up to look at them like they are her books. I love seeing her look at them.

The other item we had at home that I reused in her closet is my Ikea hanging organizer (the SKUBB Organizer). I’ve had it for almost three years and it’s just been sitting in the corner of this closet collecting dust until now! the corner was the perfect space to put it in order to keep one of Freshly Picked Weekender bags on the floor, then have my other Freshly picked items on the top shelf of the organizer, then diapers on the second and wipes on the third. I don’t have anything in the other ones right now but I’m sure I’ll find something to use later but honestly a three shelf organizer that I’ve linked below would have worked fine and was even contemplating buying that instead, but why spend money if I don’t need it on an item similar to what I already have. I bought the new pink storage bins from Amazon and small white and gold dot ones are from Target that I bought specifically for the new cubicle organizer. I absolutely love how the space turned out in order to keep as much off the floor and hidden. With the winter coming up in the Midwest and probably quarantining again I will be most definitely be making my way through the house and getting rid of all the old things we don’t need and making sure everything has a space.

There are so many ways to organize closets and rooms depending on your budget. Obviously, hiring someone or a company to do that is an amazing option if you have the budget but if not there are plenty of ways to work around it. You can add additional shelving above the closet pole, buy another pole and support brackets to mount under the first pole. Of course there are also closet organizers (which I have linked below the one I was going contemplating on getting). I can’t wait to see what our house will look like come Summer of next year after all this time inside the house. 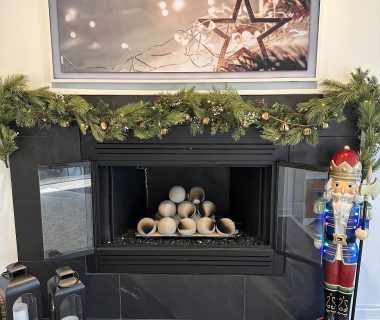 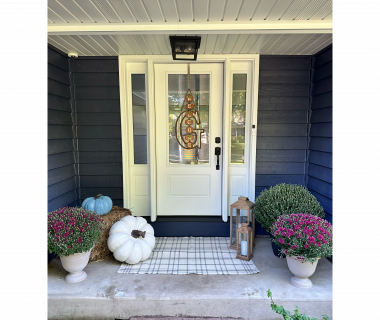